The Javits Center is highly associated with the all too well known New York Comic Con.  The massive celebration of all things geekdom which takes place once a year.  And while it is a grand spectacle spanning the realms from comics, tv, movies, books and gaming, it is easy for any one of those focuses to be lost in the shuffle.  As result, it makes sense that parent company Reed Pop would spawn more dedicated cons.  Enter Book Con, which can simply be put as “Comic Con for Books!”

Book Con is a celebration of literature in all its forms.  There are booths advertising fiction, non-fiction, biographies, manga, romance novels, even audio books.  The even feels very much like a Comic Con, boasting its fair share of celebrities and hardcore nerdom, while maintaining a general love for books infused throughout.  Book Con 2017 was no exception, providing a wide range of fun experiences. 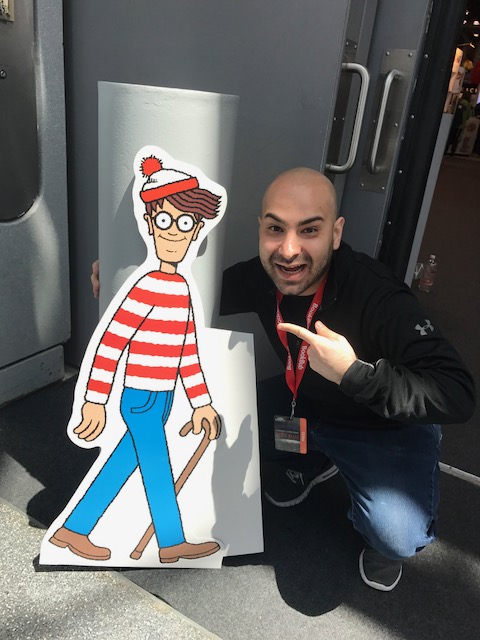 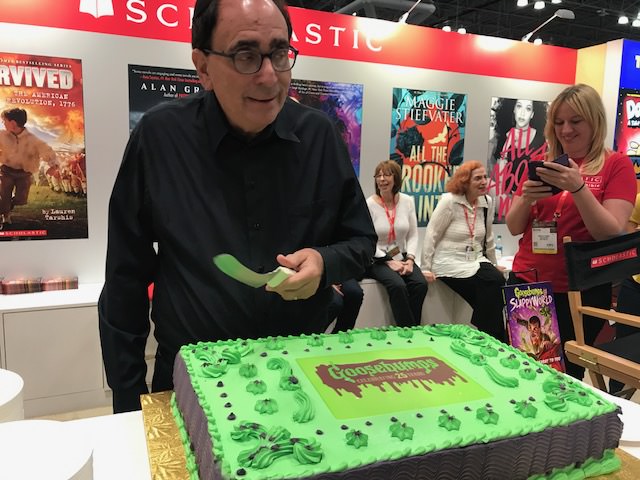 This year marked the 25th Anniversary of Goosebumps and the Scholastic booth decided to let con goers participate in the fun.  R.L. Stine showed with an enormous Goosebumps cake and began to cut and serve pieces to attendees.  TPC is proud to say that we helmed the front of the line and were the first to have a spooky slice of cake.  As of writing this, we have yet to experience any kind of other-worldly hexing. 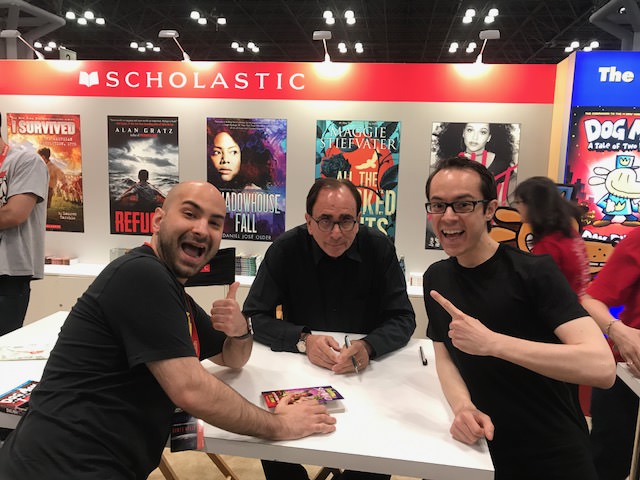 How I Came to be Mr. Feeny

Among the celebrities in attendance was Corey Matthew’s mentor and Michael Knight’s car, William Daniels.  Advertising his book, “There I Go Again: How I Came to Be Mr. Feeny, John Adams, Dr. Craig, KITT, and Many Others”, William Daniels was present handing out signed copies of the book for free as well as pleasantly chatted with attendees and took photo-ops.  The book provided an inside to this man who was present in the shows we watched as kids but Book Con allowed a venue to actually meet the man which was an amazing and unique experience. 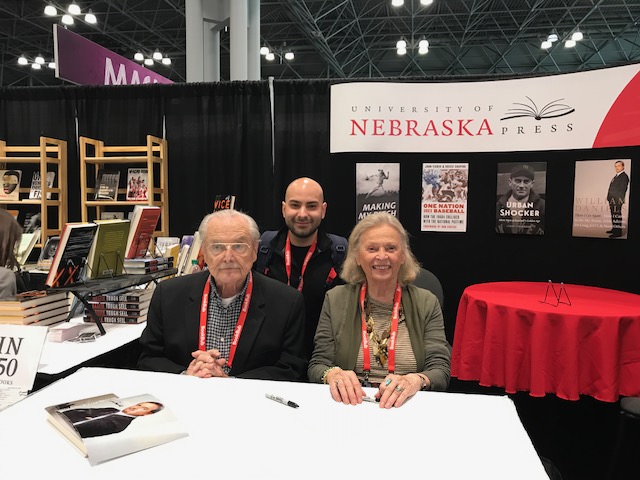 Advertising her first novel, Bonfire, Krysten Ritter was also present at the con.  Widely known for her role on the Marvel Netflix show, Jessica Jones, Ritter met with fans to sign memrobillia and hand out copies of her book.  Perhaps it was a sense of needing to do comic book things at the Javits, but fans went bonkers for Ritter creating perhaps the largest and most congested gathering at the convention center. 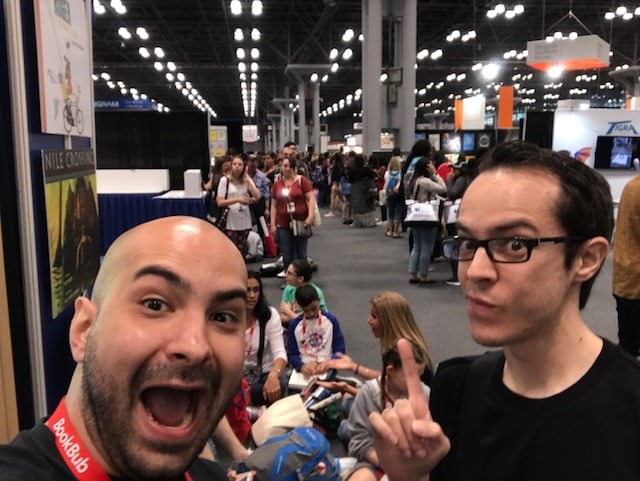 One of the panels throughout the day was one advertising comedian Kevin Hart’s book, “I Can’t Make This Up: Life Lessons by Kevin Hart”.  The panel was incredibly funny, which is to be expected when Hart takes the mic and turned the session into a miniature comedy show.  But more importantly, it provided insight into what the book was about, which was his life.  And while the cover of the book, which hilariously has Hart posed with puppies, could be disregarded as fluff, Hart shared some of the dark and inspirational parts of his past which he delves into within the book.  Instantly I found myself intrigued and impressed, wanting to go out and buy a book that hours earlier I laughed at even existing.  Again, Book Con made it possible for this to happen. 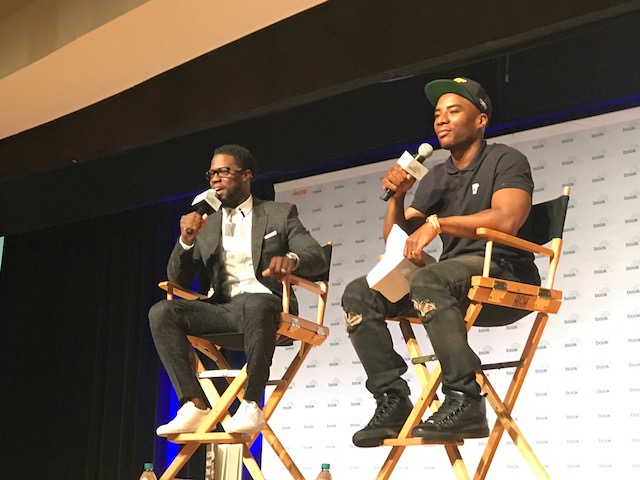 The funniest part of the day though has to be the bathroom situation at Book Con.  Realizing more women are into literature than men, the con went ahead and converted Men’s bathrooms into gender neutral bathrooms.  This provided one of the most bizarre dynamics I’ve ever encountered as a man.  I had to wait on a line to use the bathroom.  It was in those brief moments, waiting on line, that I realized the hardship women have to go through so often.  There was a brief moment where I thought I could be bold and use the urinal but upon taking a few steps towards it, and being reminded that a line of women looked on, I backed down.  The entire experience was hilarious and enlightening. 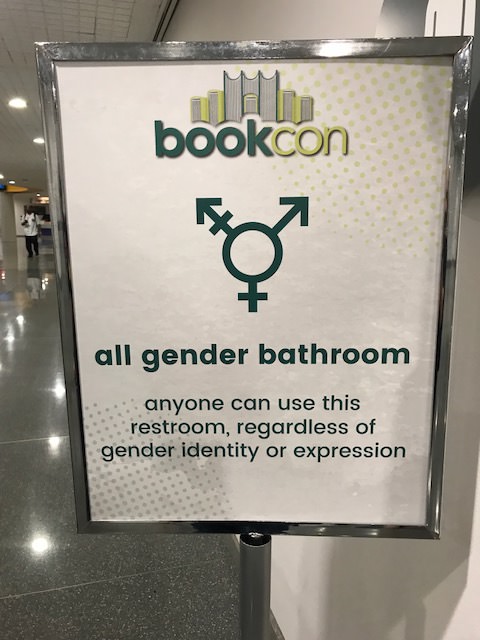