Spoilers ahead for the film Guardians of the Galaxy!

If you’re one of the lucky bunch who saw Marvel’s Guardians of the Galaxy in theaters, you’re well aware of how things end for our dear intellectually stimulating plant pal Groot.  In the final act of the film, Kree zealot Ronan the Accuser’s ship crashes planetside with the guardians trapped inside.  Although the movie doesn’t give enough time for the gang to even process their trouble, team member Groot is quick to begin extending his roots around the team to protect them from the impact.  Although a quick scene, it’s heartfelt as Rocket warns Groot that he’ll die and the smiling Groot answers “we are groot”.

Oh no!  Has our buddy died!?  Of course not, it’s a Disney movie and it needs a lovable plant monster to tell plushies . 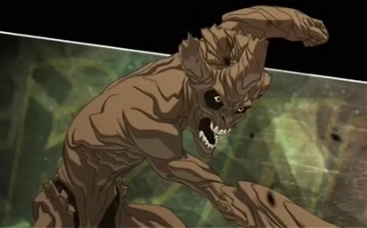 Instead, at the end of the film we discover that after Rocket plants a piece of Groot into a pot, and Groot springs back to life.  Now, our brute has become an adorable baby Groot.  A shocking surprise for most, certainly not for comic readers who are used to Groot’s regenerative properties (and his time in a pot every once in a while).  But for the general public, it’s meant to be a shock and that’s certainly what the Marvel cinematic universe is hoping for, to shock the general public. But the writers of Marvel’s animated universe may have known Groot’s fate by the end of the movie. 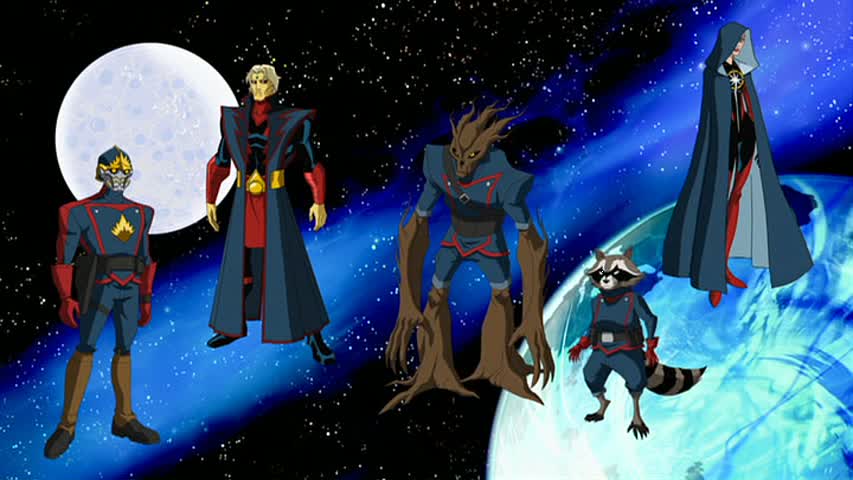 The Guardian’s first appearance in animation was in the Avengers Earth’s Mightiest Heroes cartoon, as they joined up with the Avengers to stop Michael Korvac.  It’s not a “simple” storyline and is something out of the comics.  This was the nature of Earth’s Mightiest Heroes.  In the episode we meet the Guardians and most notably, we meet Groot walking around in his Guardians jumpsuit.  Also notable, is the lack of Gamora and Drax and instead fan favorite Adam Warlock is present (with an infinity gem).  But Disney opted to cancel the show after their acquisition of Marvel and create Avengers Assemble, featuring a cast of Avengers mirroring their movie universe.  And when the Guardians appear there…well…Groot isn’t a giant brute but rather in a tiny pot. 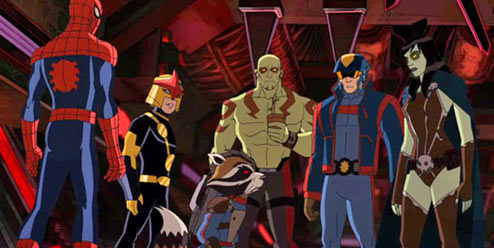 Did Marvel’s animators jump the gun and decide to stick Groot in the pot before the movie even premiere?  So far the Guardians have appeared in Avengers Assembled and Ultimate Spider-man (both of which exist in the same universe) and in both scenarios Groot was potted.  Also announced is a Guardians cartoon, which plans on featuring our gentle giant in a pot. 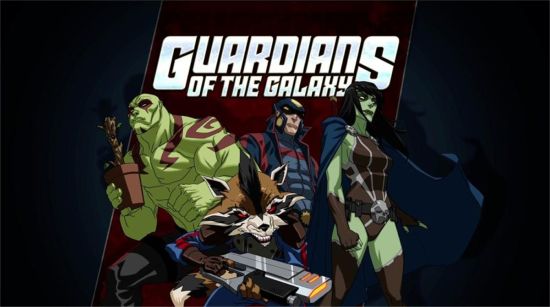 Marvel has claimed that they have a road map for their films and it is very much possible that in addition to having it all planned out, that they have shared that road map with their animation team.  With them jumping the gun on Groot being in a pot, does this mean that the cartoons will be a source of spoiling even more little details for the film universe?

And more importantly, when can we expect a toy of baby Groot in a pot, singing???